Race Relations And The Search For Justice In Ferguson, Missouri

Race Relations And The Search For Justice In Ferguson, Missouri 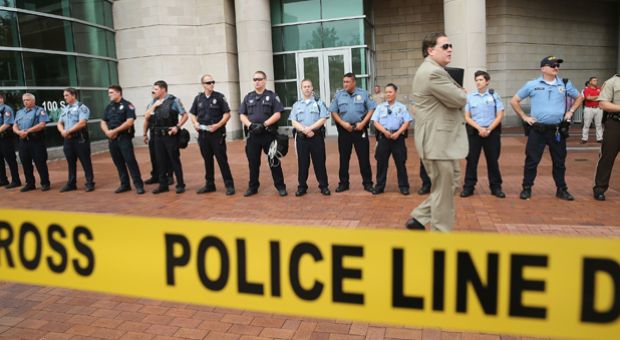 Police guard the front of the Buzz Westfall Justice Center where a grand jury will begin looking at the circumstances surrounding the fatal police shooting of an unarmed teenager Michael Brown on August 20, 2014 in Clayton, Missouri. Scott Olson/Getty Images

On Wednesday, Attorney General Eric Holder met with the parents of slain teenager Michael Brown and others in Ferguson, Missouri. The unarmed black teen was shot and killed Aug. 9 by a white police officer. Outrage over the incident sparked days of protests and violence. Holder has pledged there will be a full and fair investigation. Separately, Missouri prosecutors are presenting evidence to a grand jury for possible prosecution of the officer who fired the shots. Diane and our guests offer an update on efforts to get to the facts related to the shooting and to address familiar but deeply troubling questions about police tactics and race relations.