U.S. Strategy In The Battle Against ISIS

U.S. Strategy In The Battle Against ISIS 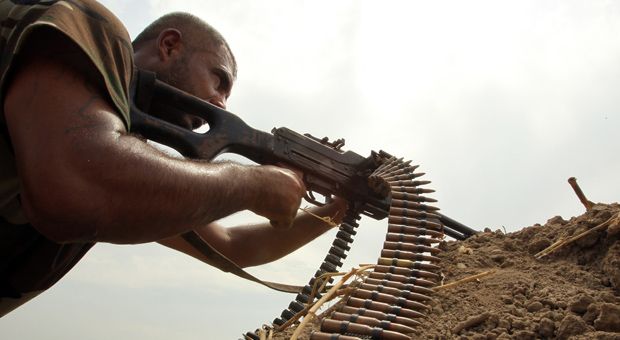 A Shiite fighter loyal to Iraqi Shiite cleric Moqtada al-Sadr holds a position as they back the Iraqi army in the fight against Islamic State (IS) militants after re-taking control of an area in the Jurf al-Sakher district about 65 kilometres south of Baghdad. Since last week, the United States has conducted strikes on IS positions. ALI AL-SAADI/AFP/Getty Images

An American journalist held for nearly two years by an al-Qaida affiliate in Syria was freed yesterday. This comes less than a week after another American journalist, James Foley, was beheaded by ISIS. That’s the militant group now calling itself the Islamic State, which has gained ground in Iraq in recent weeks. The group is said to be holding three other Americans captive. To thwart ISIS, the U.S. has conducted limited airstrikes in Iraq, and it has been pressing the Iraqi government to do more. But the Obama administration is under growing pressure to strike ISIS on Syrian soil. A discussion of U.S. strategy to combat ISIS.