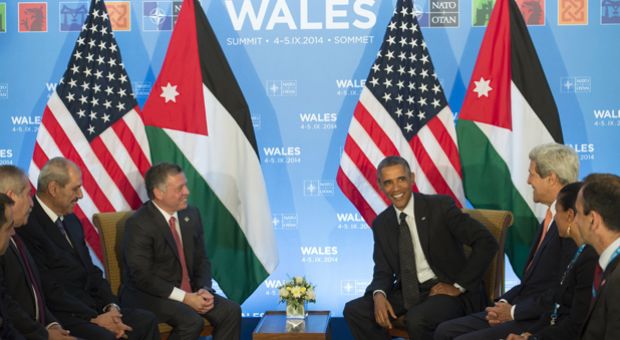 US President Barack Obama (4th R) meets with Jordan's King Abdullah II (4th L) during a meeting on the first day of the NATO 2014 summit at the Celtic Manor Hotel in Newport, South Wales, on September 4, 2014. The NATO summit billed as the most important since the Cold War got underway with calls to stand up to Russia over Ukraine and confront Islamic State extremists. SAUL LOEB/AFP/Getty Images