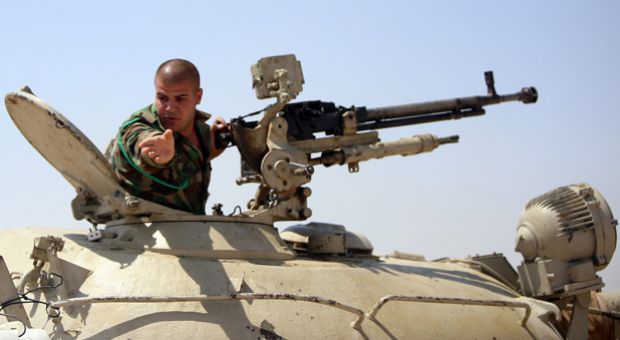 A Peshmerga fighters gestures from an armed military vehicle as he guards a post in the strategic Jalawla area, in Diyala province, which is a gateway to Baghdad, as battles with Islamic State (IS) jihadists continue. ALI AL-SAADI/AFP/Getty Images

President Obama for the first time says he will order air strikes in Syria against ISIS targets. In a televised address, he declares the U.S. will be relentless in destroying the jihadist group. Saudi Arabia and other Sunni Arab states agree to back military and financial efforts against it. The European Union imposes further sanctions against Russia over the Ukraine crisis. With just days before an independence vote, British Prime Minister David Cameron urges Scotland to stay in the U.K. And health experts criticize the global response to the Ebola outbreak as inadequate. A panel of journalists joins guest host Susan Page for analysis of the week’s top international news stories.