Peter, Paul and Mary pose for a shoot for the Saturday Evening Post. © Jan Dalman

In the 1960s, the group Peter, Paul and Mary brought folk music out of the coffeehouses and onto the airwaves. With their seamless three-part harmonies, they achieved the commercial success that paved the way for performers like Bob Dylan and John Denver. Their political lyrics struck a chord with the baby boom generation, as they gave voice to the struggle for civil rights, the women’s movement and efforts to end the war in Vietnam. They played together as a trio for nearly five decades, until the death of Mary Travers in 2009. A new book chronicles their time together in a series of photographs and written reflections. “Peter, Paul and Mary: 50 Years in Music and Life.”

Photos: Peter, Paul And Mary Through The Years 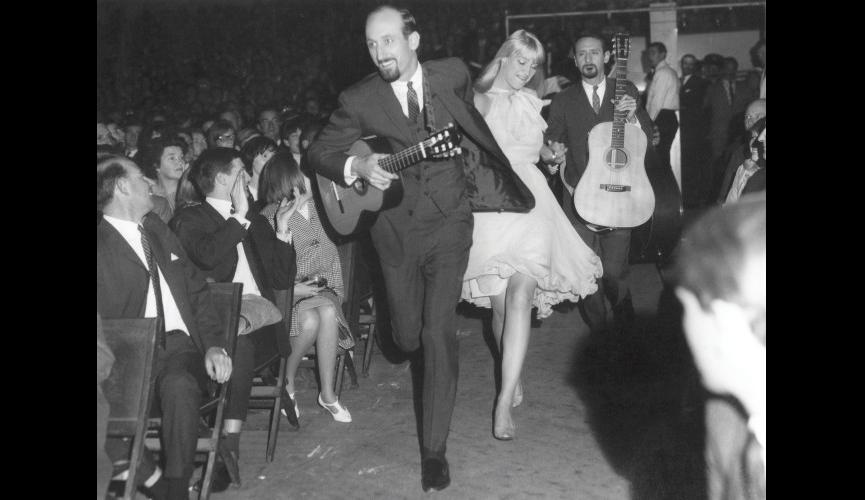 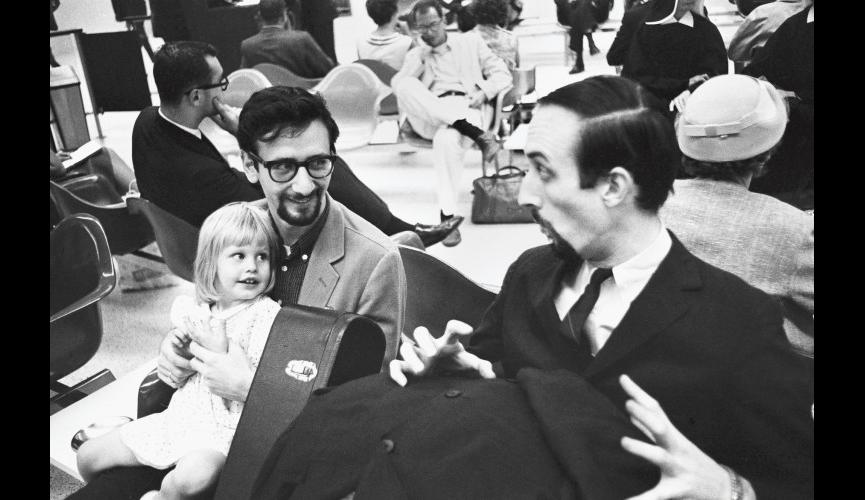 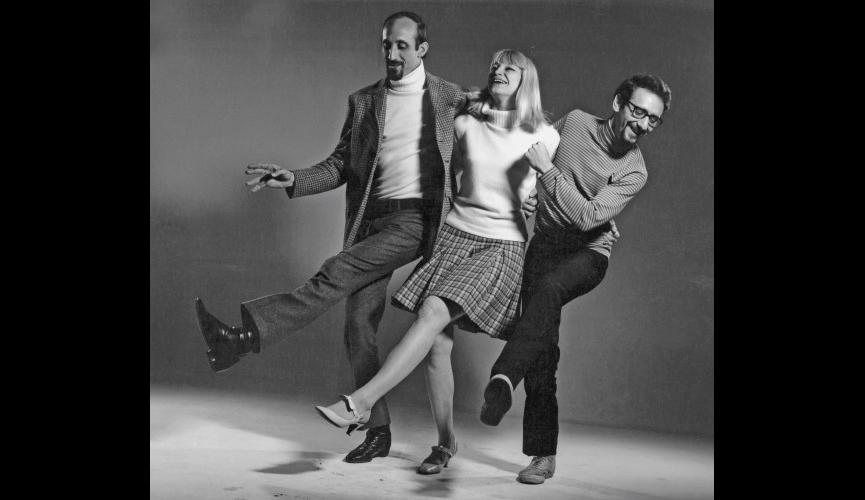 Peter, Paul and Mary pose for a shoot for the Saturday Evening Post. © Jan Dalman 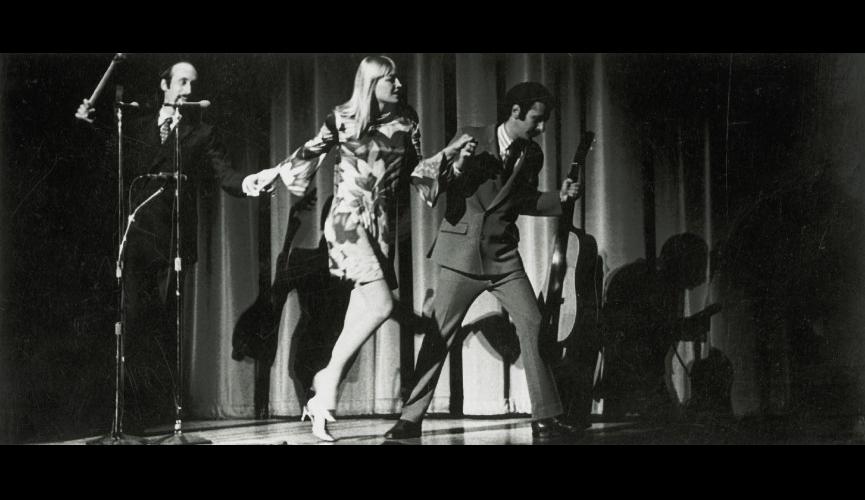 The trio performed often during the Vietnam Anti-War Movement, as in this concert. © Nicholas Zurek 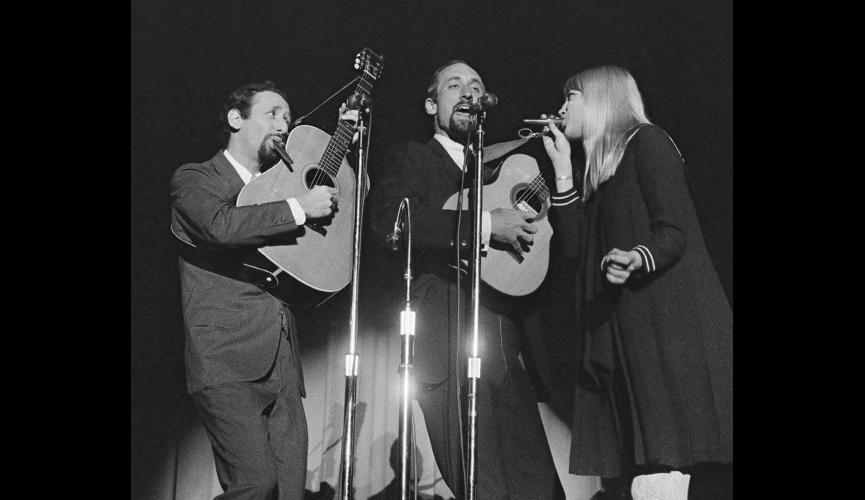 The trio takes to the stage. © Lisa Law-Lisa Law 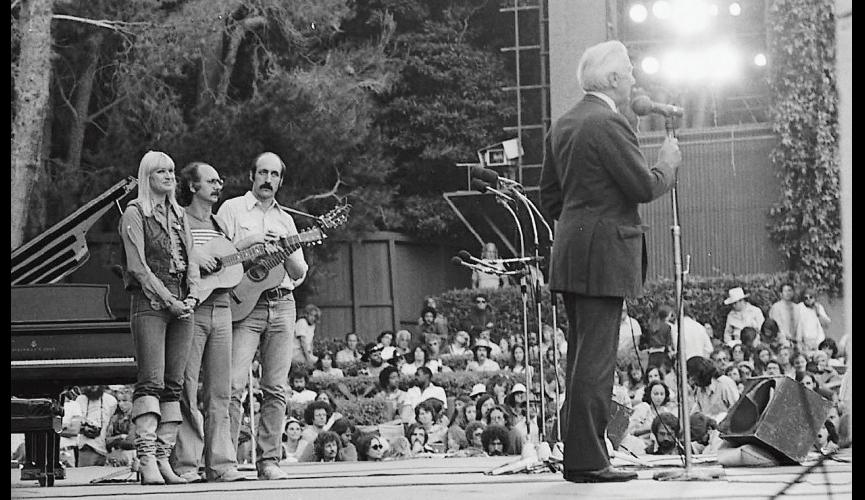 Senator Eugene McCarthy stands at right as Peter, Paul and Mary look on. The senator was the trio's revered hero whom they supported in his almost-successful primary presidential campaign in 1968. Here, he delivers an address to the 1978 Survival Sunday attendees. © Peter H. Rosen 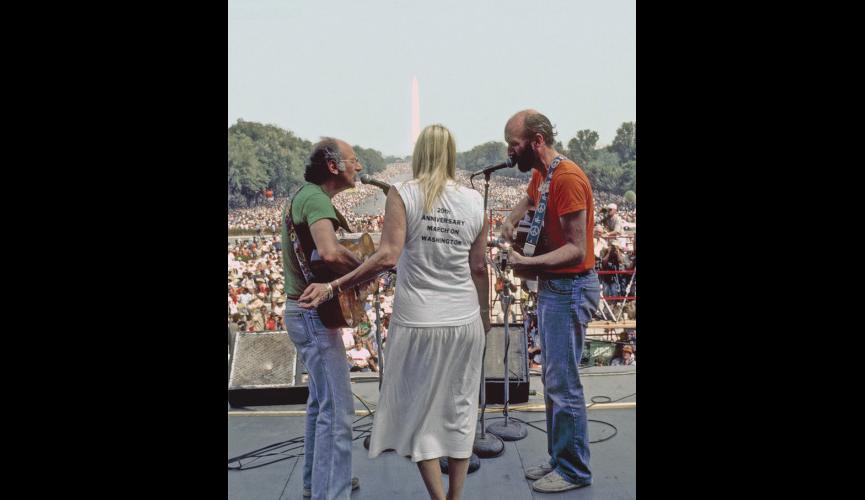 The trio performs at an anniversary of the March on Washington. © Robert Corwin 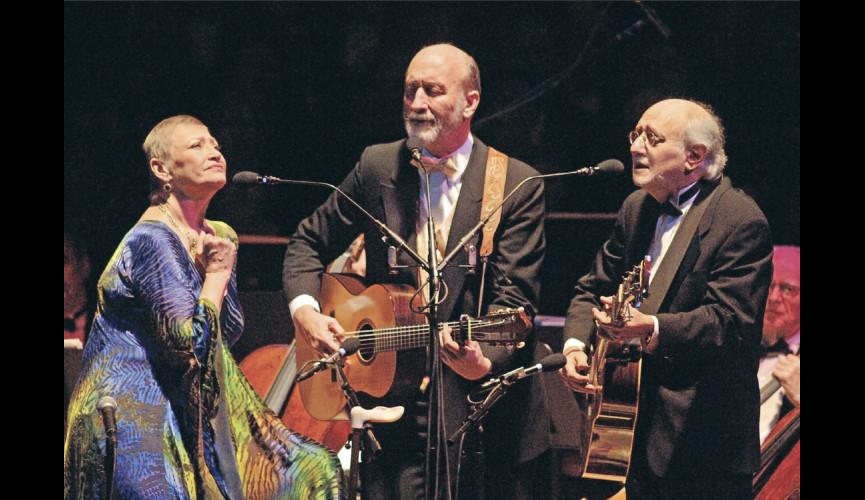 Featured Video: If I Had A Hammer

“If I Had A Hammer (The Hammer Song)” was one of the biggest hist from 1962’s “Peter Paul and Mary,” written by Pete Seeger.

Featured Video: Blowin' In The Wind

“Blowin’ in the Wind,” from 1963’s “In the Wind,” was written by Bob Dylan. At the time, Dylan’s just-released album only saw moderate success. But once the Peter, Paul and Mary version became a hit, it pushed Dylan’s album up the chart.

Excerpted with permission from “Peter Paul and Mary: 50 Years in Music and Life.” All Rights Reserved.

Preface: 50 Years In Music And Life