The Future Of U.S.-Cuban Relations

The Future Of U.S.-Cuban Relations 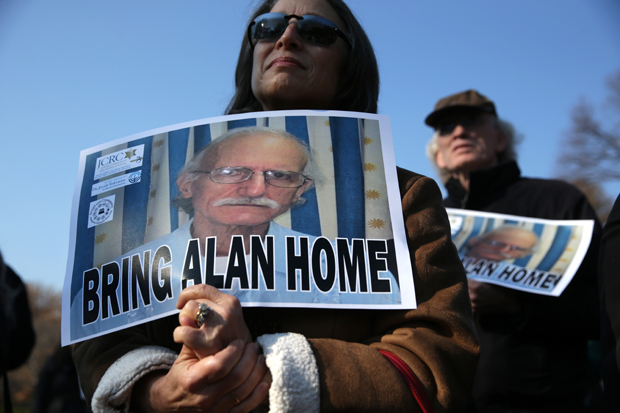 This 2013 photo shows supporters holding signs to call on the U.S. to bring home U.S. citizen Alan Gross, who was held in a prison in Cuba. Gross was released Dec. 17. Photo by Alex Wong/Getty Images

In a televised address to the nation, President Barack Obama outlined a dramatic change in U.S. policy toward Cuba. The U.S. will restore full diplomatic relations with the island nation that sits 90 miles off the tip of Florida, and it will establish an embassy in Havana. The president said a half-century of isolating Cuba and its communist regimes has not worked and it’s time to begin a new chapter. Many Republicans and prominent Cuban-Americans, such as Florida Sen. Marco Rubio, sharply criticized the announcement. Join Diane and guests in a discussion on the future of U.S.-Cuba relations and what led up to the policy shift.