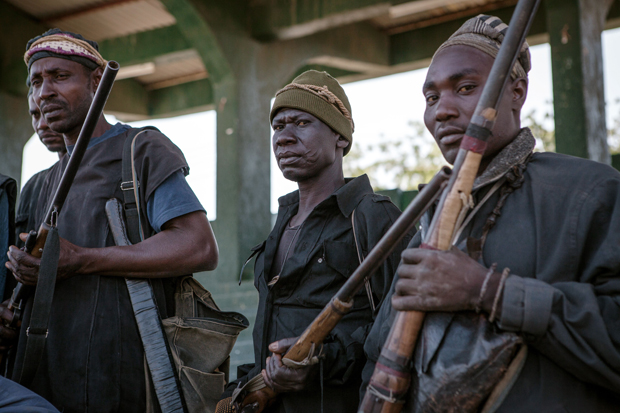 A band of hunters pose in Yola, state capital of Adamawa, on December 4, 2014 after taking part in an operation against Nigerian Islamist extremist group Boko Haram. Military and vigilantes forces acknowledge the crucial support of hunters in the fight against Boko Haram. FLORIAN PLAUCHEUR/AFP/Getty Images

The militant group Boko Haram has escalated its campaign of terror in northern Nigeria. Last year the Islamist fighters abducted nearly 300 school girls. Early this month they massacred hundreds in a border town near Chad in what Amnesty International says might be the group’s “deadliest act” so far. This week soldiers in the neighboring nation of Cameroon fought off a Boko Haram raid, raising fears of regional instability. The Nigerian government has been unable to quell the violence. We discuss Boko Haram, the roots of the insurgency and what can be done.