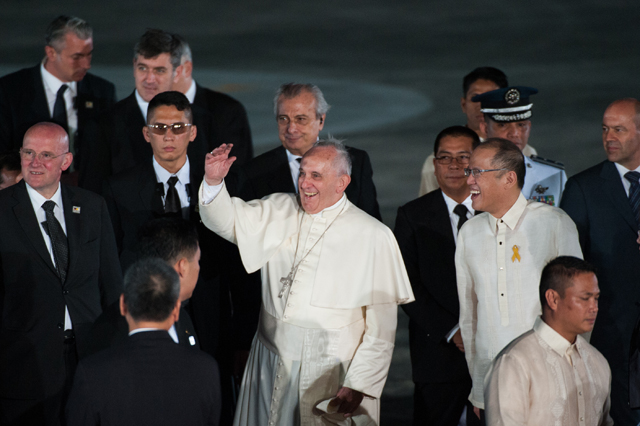 Pope Francis waves to the crowd with Philippine President Benigno Aquino upon his arrival in the Philippines on Jan. 15 in Manila. The pontiff's trip, the first by a pope to the Philippines since 1995, runs through Jan. 19. (Photo by Dondi Tawatao/Getty Images)