Andrew Cockburn: “Kill Chain: The Rise Of The High-Tech Assassins”

Andrew Cockburn: “Kill Chain: The Rise Of The High-Tech Assassins” 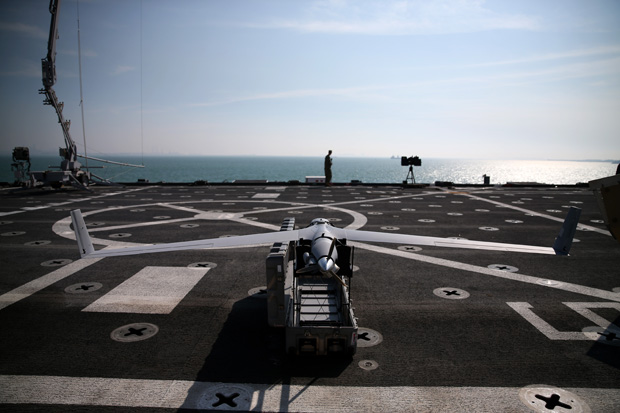 A Scan Eagle drone sits on the deck of the USS Ponce. Mark Wilson/Getty Images

The military has been interested in the idea of remotely piloted aircrafts since World War I. By the Vietnam War, the U.S. government was pouring money into drone technology that would allow for unmanned air attacks. Fast forward to the post-9/11 era and drones have been central to the wars in Iraq and Afghanistan. But in a new book, Andrew Cockburn, the Washington editor of Harper’s magazine, says the strategy of targeted killing is inherently flawed. Cockburn joins Diane to discuss his new book, “Kill Chain: The Rise of High-Tech Assassins.”

Excerpted from “Kill Chain: The Rise Of The High-Tech Assassins” by Andrew Cockburn. Reprinted with permission. All Rights Reserved.