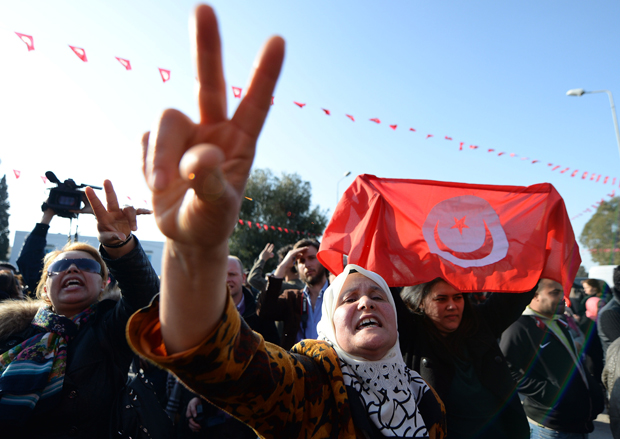 Tunisians wave the national flag March 19 as they protest outside the National Bardo Museum in Tunis a day after the deadly attack on the national museum. FADEL SENNA/AFP/Getty Images

Israeli Prime Minister Benjamin Netanyahu steps back from fully opposing a Palestinian state, following his election to a fourth term. ISIS and other militant groups claim responsibility for the deadly museum attack on tourists in Tunisia. International negotiators in Switzerland continue to work toward a deal on Iran’s nuclear program. Russia’s President Vladimir Putin returns after a curious absence and shrugs off rumors. And Ambassador Caroline Kennedy receives death threats in Japan. A panel of journalists joins Diane for analysis of the week’s top international news stories.