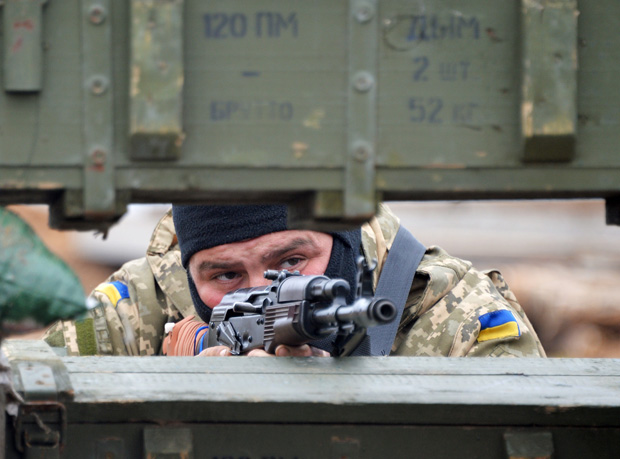 An Ukrainian serviceman mans position April 14 in Berdyanske village, west of where the use of heavy weapons has been reported on the outskirts of the strategic port city of Mariupol. GENYA SAVILOV/AFP/Getty Images

The U.S. Army says it sent paratroopers to western Ukraine to train with the Ukrainian National Guard. U.S.-led coalition forces launch airstrikes in Ramadi, Iraq against ISIS. Iraq’s prime minister criticizes the Saudi Arabian air campaign in Yemen. Iran’s president accuses the U.S. Congress of meddling in the nuclear deal. The White House says it wants to remove Cuba from the terrorism-sponsor list. And Turkey rejects the European Parliament’s recognition of Armenian Genocide. A panel of journalists joins Diane for analysis of the week’s top international news stories.