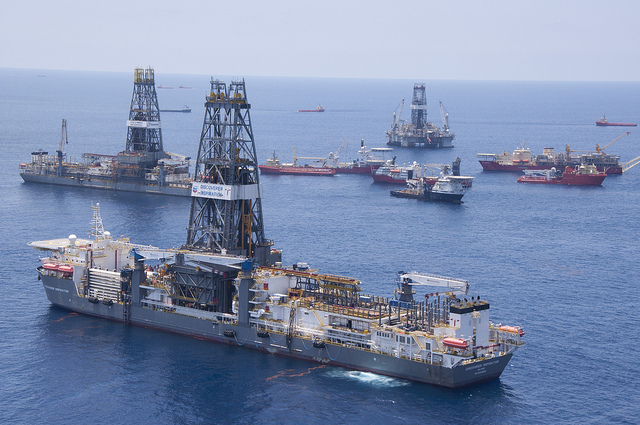 Five years ago today, BP’s Deepwater Horizon oil rig exploded in the Gulf of Mexico. The accident killed 11 men and spewed more than 100 million gallons of oil into the Gulf. It took months to cap the Macondo well. Last week the Obama administration unveiled tougher rules on drilling equipment, the third round of new regulations since the disaster occurred. But environmentalists – and some lawmakers in the most-affected states – say far more needs to be done; many of the findings about the damage caused by the spill are in dispute. We explore the environmental and economic impact of the worst offshore oil spill in U.S. history.