Update On Violence In Baltimore

Update On Violence In Baltimore 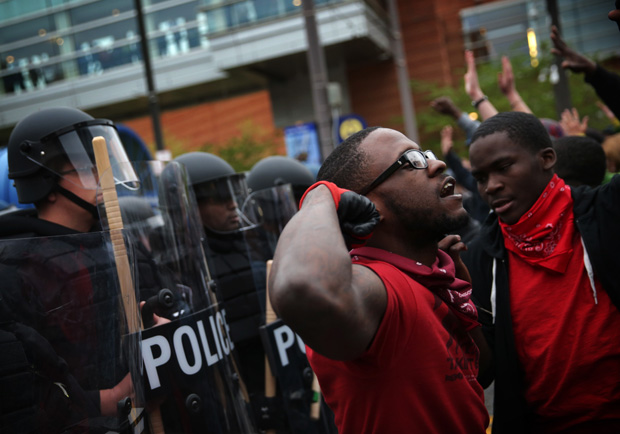 Protesters stand off with police during a march in honor of Freddie Gray on April 25, 2015 in Baltimore, Maryland. Alex Wong/Getty Images

Maryland Gov. Larry Hogan called in the National Guard to restore order Monday night in west Baltimore. Protests had turned violent just hours after a funeral service was held for Freddie Gray, a 25-year-old black man who died from a spinal cord injury while in police custody. Fifteen police officers were injured, and there were at least 25 arrests. Some say yesterday’s chaos reflects longstanding issues between police and the communities they serve, a relationship that has been strained in some cases by bystander cellphone videos that seem to contradict official police accounts. We look at the latest from Baltimore.

This video from WMAR Baltimore captures a mother dragging her son away from protests as they turned violent Monday.