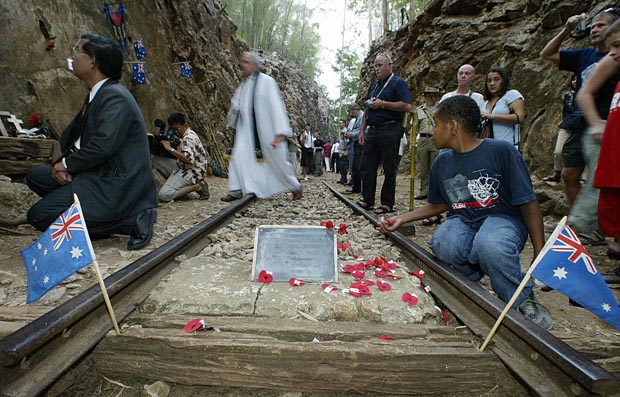 In this 2004 file photo, a pastor crosses a portion of Thailand's infamous Death Railway tracks after a special dawn vigil in Kanchanaburi. SAEED KHAN/AFP/Getty Images

Australian novelist Richard Flanagan grew up hearing his father tell stories about being a POW during World War II. His father was taken prisoner by the Japanese and forced to work on the Thailand-Burma railway. More than 100,000 died building the railroad. Flanagan’s father’s stories were the inspiration for his latest novel, “The Narrow Road to the Deep North.” The book took 12 years to write and won the Man Booker prize last year. A conversation with Flanagan about researching the novel, including his interviews in Japan with former guards who oversaw the labor camps.