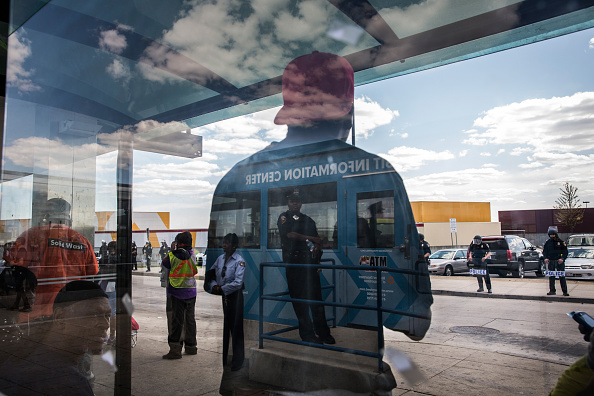 People wait for the bus at the Mondawmin Station while police secure Mondawmin Mall on April 29, 2015 in Baltimore, Maryland. Andrew Burton/Getty Images

Six Baltimore police officers have been criminally charged in the death of 25-year-old Freddie Gray. As the case moves forward, a national discussion has emerged about the plight of inner city residents in Baltimore and cities like it nationwide. Some say discriminatory housing policies, the decline of manufacturing and the rise of mass incarceration are to blame. Others argue the problem lies with a culture of dependency that holds African Americans back from upward mobility. We look at the causes and consequences of urban poverty and racial strife, in Baltimore and beyond.