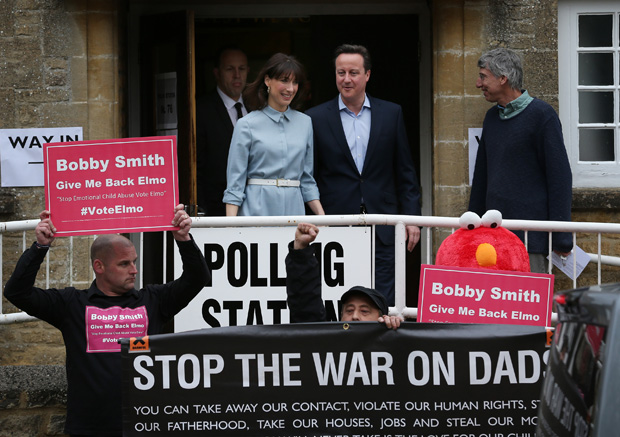 Prime Minister David Cameron and his wife Samantha look at demonstrators May 6 as they leave a polling station for the general election in Spelsbury, England. Peter Macdiarmid/Getty Images

British Prime Minister David Cameron and his Conservative Party win a surprisingly solid victory in the British elections. Israel’s Prime Minister Benjamin Netanyahu forms a new coalition of conservative and religious parties, but with a slim majority in Parliament. Saudi Arabia proposes a five-day halt to airstrikes on rebels in Yemen to allow aid agencies to reach civilians. And Nigeria’s military rescue hundreds of women and children kidnapped by Boko Haram. A panel of journalists joins guest host Indira Lakshmanan for analysis of the week’s top international news stories.