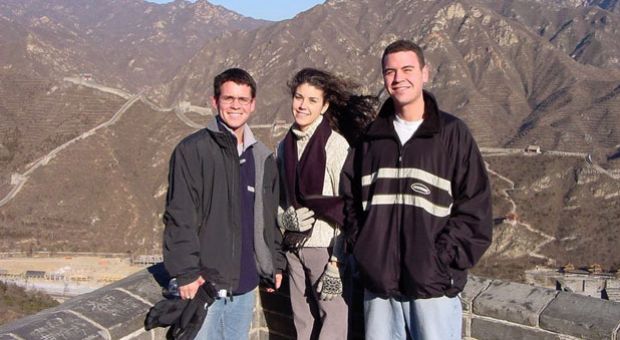 Jeff, Melanie, and Kevin at the Great Wall of China on New Year’s 2001. The three Graham children lived together at the University of Kentucky, a testament to the bond between them. This picture is one of the last Mark and Carol have of their children together. (Photo courtesy of Mark and Carol Graham)

Suicides in the military have skyrocketed since the wars in Iraq and Afghanistan. The military’s suicide rate jumped more than 80 percent between 2002 and 2009. One military family is trying to change that. The Grahams lost two sons: one in combat in Iraq and one to suicide. But the Grahams were astonished by the different reactions their deaths received from the Army. The one killed in combat was lauded as a hero, while the other’s death was met with silence. In a new book, Yochi Dreazen, the managing editor of Foreign Policy, shows how this family channeled their grief into working to transform the military’s approach to soldiers with mental illness.

Reprinted from The Invisible Front Copyright © 2014 by Yochi Dreazen. Published by Crown Publishers, an imprint of the Crown Publishing Group, a division of Random House LLC.