The Economic Crisis in Greece and Implications for the Eurozone

The Economic Crisis in Greece and Implications for the Eurozone 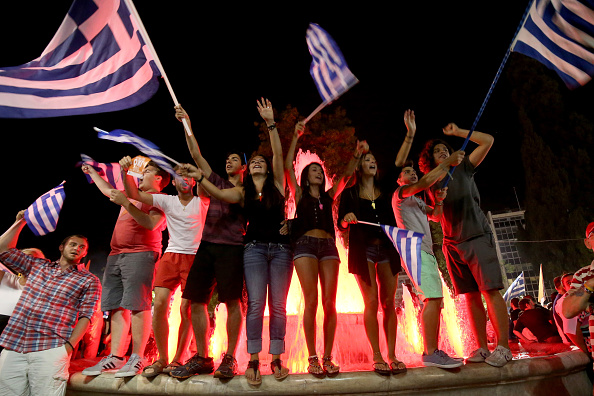 People celebrate in front of the Greek parliament July 5 as the people of Greece reject the debt bailout by creditors. Christopher Furlong/Getty Images

Greek voters went to the polls yesterday and overwhelmingly rejected a European bailout deal offered two weeks ago. ‘No’ votes won the day by more than 60 percent. Greece’s government says the referendum gives it a mandate to pursue more favorable terms from European creditors. But banks in Greece remain closed and ATM withdrawals are still restricted. German Chancellor Angela Merkel is traveling to Paris for talks with French President François Hollande; European leaders have also called an emergency summit. We look at the historic referendum in Greece and what it could mean for the future of the Eurozone.