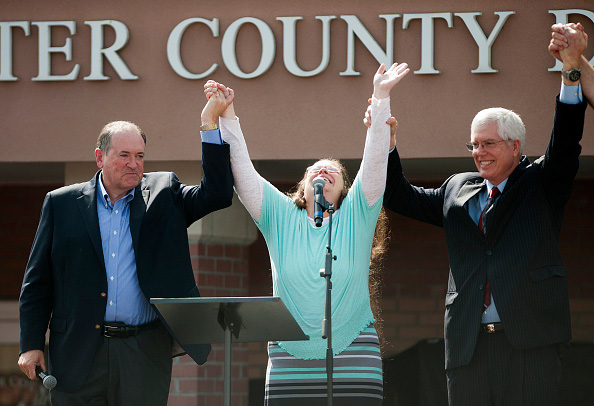 In June, the Supreme Court legalized same-sex marriage nationwide. The day after that ruling, Kim Davis, a clerk for Rowan County, Kentucky, began refusing to issue marriage licenses to same-sex couples, citing her religious beliefs as an Apostolic Christian. Last week, Davis was held in contempt of court and spent Labor Day weekend in jail. This week, she’s been set free; her lawyers say she’ll return to work on Monday. What will happen when she gets there? Supporters of Davis say she should not be forced to comply with a law that violates her religion. Critics say the rule of law requires that she issue the licenses or resign. We look at Davis’ case and the cultural divide over same-sex marriage.