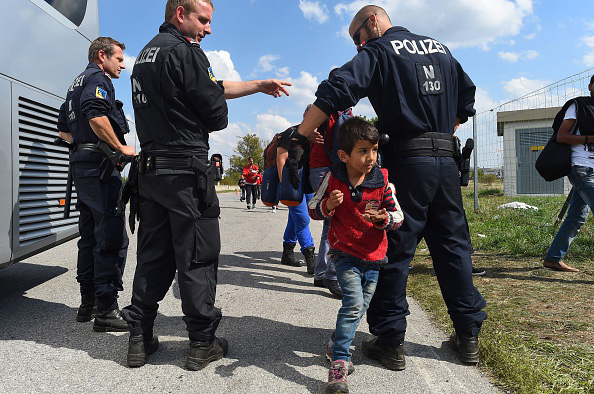 President Barack Obama directs his administration to accept at least 10,000 Syrian refugees. The European Union considers a plan to settle 160,000 asylum seekers, on the one-year anniversary of the creation of the international coalition to fight the Islamic State. Meanwhile, Russia defends the presence of military advisers in Syria. China cracks down on investment firms. And a report criticizes a Mexican government’s investigation of 43 missing students. A panel of journalists joins guest host Susan Page for analysis of the week’s top international news stories.