Thomas Mallon: “Finale: A Novel of the Reagan Years”

Thomas Mallon: “Finale: A Novel of the Reagan Years” 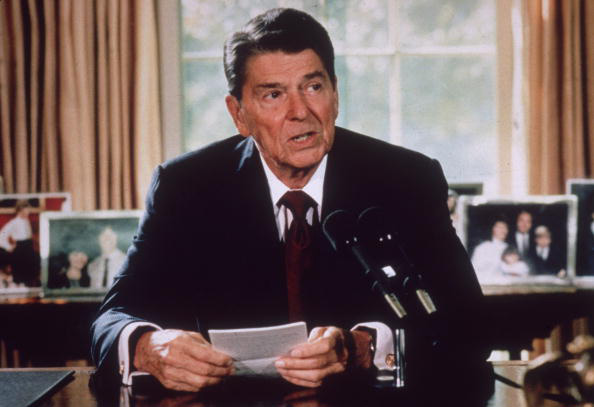 This 1985 photo shows American president Ronald Reagan making an announcement from his desk at the White House in Washington, D.C. Hulton Archive/Getty Images

America in the 1980s was marked by moments of high drama. In the political sphere, there was the assassination attempt on President Ronald Reagan, and later, in Berlin, Reagan’s challenge to the Soviet Union to “tear down this wall.” The Iran-contra scandal broke, the U.S. and USSR held a high-stakes summit in Iceland and researchers put a name to a strange disease that was terrifying the gay community – aids. A new novel set in the 1980s captures it all. For those who lived through it, the novel brings memories alive. For younger readers, it’s a history lesson with flair. We talk with the author of a new novel on the Reagan years.