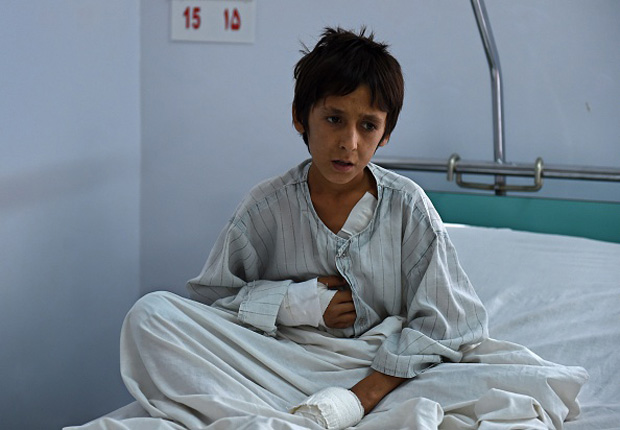 A wounded Afghan boy, who survived the U.S. airstrikes on Doctors Without Borders at the MSF Hospital in Kunduz, sits on his bed at the Italian aid organization Emergency in Kabul. WAKIL KOHSAR/AFP/Getty Images

Russia denies the U.S. claim that cruise missiles aimed at Syria hit Iran. NATO denounces Russia for reports that it violated Turkish airspace. President Obama apologizes for the U.S. bombing of a civilian hospital in Afghanistan. Doctors Without Borders calls for an independent investigation into the attack in Kunduz that killed physicians and patients. And a group of four Tunisian organizations working together to promote democracy wins the Nobel Peace Prize. A panel of journalists joins guest host Indira Lakshmanan for analysis of the week’s top international news stories.