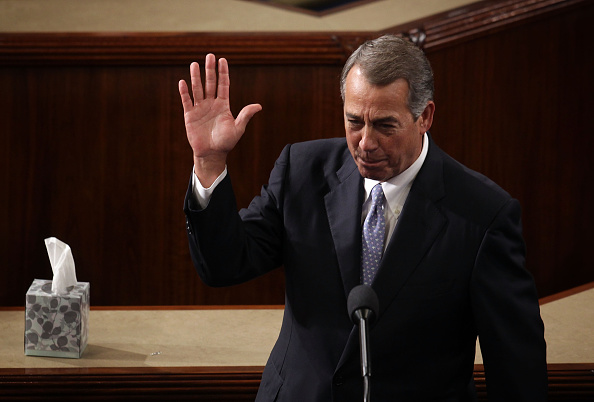 The Senate passed a budget agreement early this morning that will avert a government default and raise the nation’s debt ceiling through March 2017. Wisconsin Congressman Paul Ryan becomes the new Speaker of the House, ending John Boehner’s five-year tenure in the top leadership job. A disappointing third quarter GDP report may impact the Federal Reserve’s decision on whether to raise interest rates later this year. Republican presidential candidates rail against the media – and each other – in their third debate. Bernie Sanders calls for an end to the federal prohibition on marijuana. And a South Carolina police officer is fired for throwing a high school student across a classroom. A panel of journalists joins guest host Indira Lakshmanan for analysis of the week’s top national news stories.

Were Republicans Fair In Criticizing The Format Of This Week's Debate?

How Long Can Jeb Bush Stay In The GOP Presidential Race?