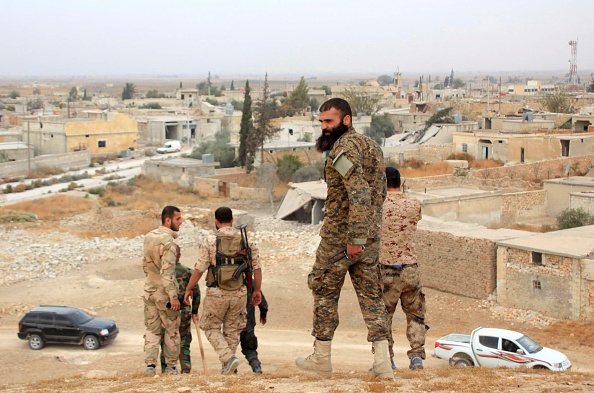 Syrian government forces walk in the village of Jabboul on the eastern outskirts of the northern Syrian city of Aleppo after taking control of the village from Islamic State militants on Oct. 24. GEORGE OURFALIAN/AFP/Getty Images

The White House has announced plans to send up to 50 Special Operations forces to northern Syria to aid in the fight against ISIS. This is the first extended U.S. mission on the ground in the country – the administration says these troops will be there to train, advise, and assist local forces. The move signals a shift for president Obama, and comes amid renewed diplomatic efforts to resolve the Syrian conflict, worsening violence, and a continued migrant crisis as Syrians attempt to flee the chaos. A look at the decision to put U.S. boots on the ground in Syria, and what it could mean for America’s role in the region and the fight against ISIS.