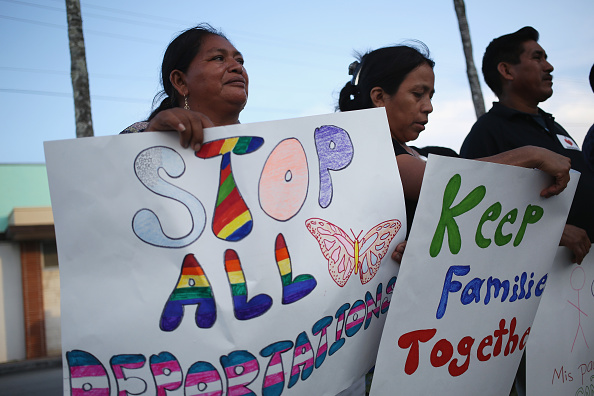 Protesters gather July 9 in Homestead, Fla., the night before the 5th Circuit Court of Appeals heard arguments about the Obama administration's executive actions on immigration. The court issued a ruling against the White House on Monday. Joe Raedle/Getty Images

There are an estimated 11 million undocumented immigrants living in the United States. Last year, President Obama issued a series of executive orders which would have shielded as many as 5 million from deportation. Texas and 25 other states filed suit, arguing the orders were an overreach of presidential authority. The lower courts agreed and when the case reached a federal appeals court, it too sided with the states. On Tuesday, the White House announced it will appeal to the Supreme Court. And several of the 2016 presidential candidates have now weighed in. Diane and guests discuss what’s ahead for the president’s executive action on immigration.