The Attacks In Paris and Options To Combat Terrorism

The Attacks In Paris and Options To Combat Terrorism 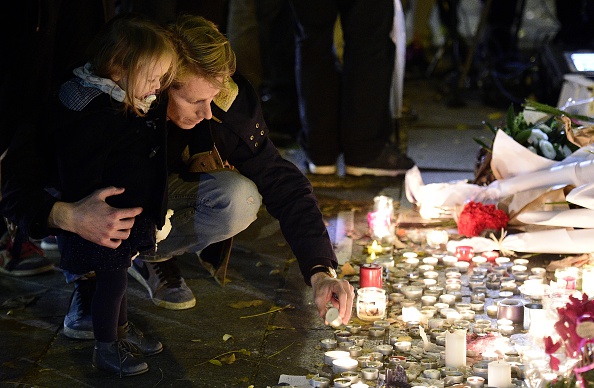 A man puts a candle at a makeshift memorial near the Bataclan concert hall on Saturday in Paris. FRANCK FIFE/AFP/Getty Images

The militant group Islamic State has claimed responsibility for a series of terror attacks in Paris on Friday that killed 129 people and injured hundreds. The attacks are the deadliest on French soil since World War II, and French President François Hollande has called them “an act of war.” Today, U.S. warplanes joined the French in bombing ISIS targets in Syria. In Paris, authorities continue to investigate the attacks, saying they have identified the mastermind as a Belgian man living in Syria. Here at home, critics of the Obama administration say a stronger response to ISIS terrorism is needed. Diane and guests discuss the latest in the investigation into the Paris attacks and options to combat terrorism worldwide.