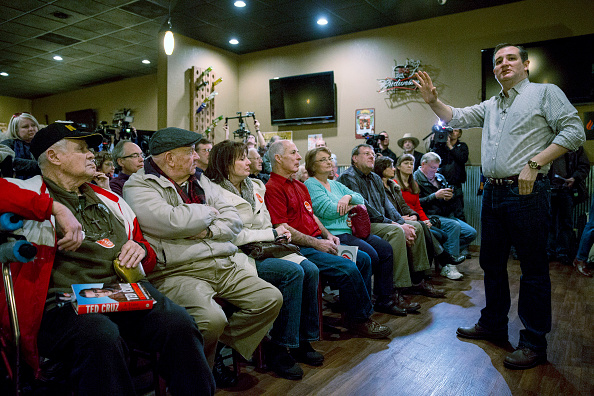 The campaign in Iowa heats up: Republican Ted Cruz, right, speaks at Charlie's Steakhouse, in Carroll, on Monday at the start of a six-day tour of the state. Aaron P. Bernstein/Getty Images

At a town hall event, gun rights activists pressed President Obama to justify his executive actions on gun control. He says he will not campaign for any candidate who does not support “common-sense” gun control measures. The U.S. gained 292,000 jobs in December, as employers capped the year with impressive job growth. The House votes to repeal Obamacare and defund Planned Parenthood. And a standoff in Oregon on a federal wildlife sanctuary continues. A panel of journalists joins Diane for analysis of the week’s top national news stories.