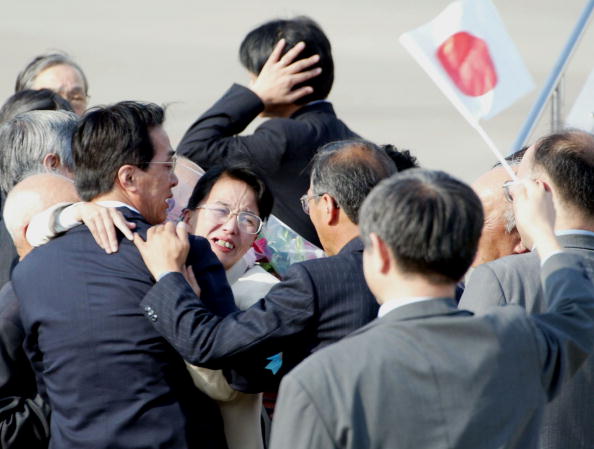 Fukie Hamamoto, abducted to North Korea in July 1978, hugs her family at Haneda Airport Oct. 15, 2002, in Tokyo upon arriving on Japanese soil for the first time in 25 years for a temporary visit. Koichi Kamoshida/Getty Images

Imagine walking on a beach in Japan with your girlfriend. Suddenly you’re being stuffed into a sack and taken to North Korea, where you’ll spend the next 25 years of your life completely cut off from the outside world. This actually happened. In the 1970s and ’80s, North Korean agents abducted dozens of people from Asia, Europe and the Middle East. A new book recounts the experiences of the few Japanese victims who were eventually allowed to return home. The bizarre but true story of North Korean abductions, and insights into the hermit kingdom today.