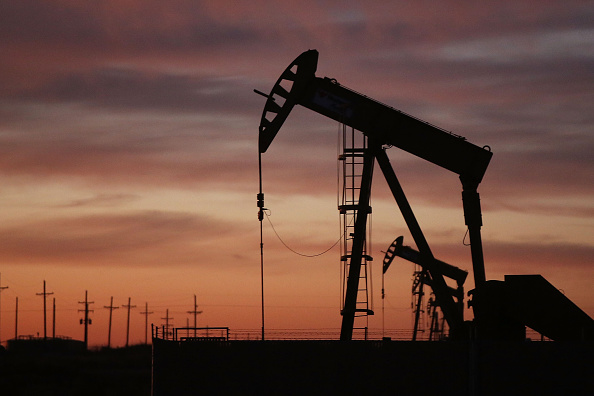 An oil pumpjack works at dawn in the Permian Basin oil field on January 20, 2016 in Andrews, Texas. Spencer Platt/Getty Images

Oil prices have plunged more than 70% over the past two years. U.S. stockpiles of crude are at record levels and a slowing global economy is keeping demand for oil low. A proposal by a few members of OPEC to freeze production has gone nowhere and many economists say it wouldn’t significantly alter the oil glut. Several states dependent on oil revenue are facing strained budgets and job losses as the price crash continues. And a number of U.S. companies are at high risk of defaulting on loans, raising the specter of another financial crisis. Guest host Indira Lakshmanan and a panel of experts discuss the oil price crash and what it could mean for the global economy, geopolitics and efforts to limit carbon emissions.