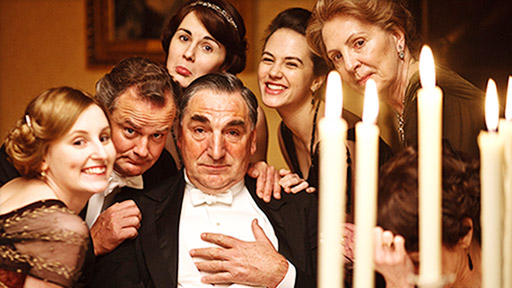 Behind the scenes of the Masterpiece Theatre hit, which airs its final episode on Sunday, March 6. PBS

Six years ago, “Downton Abbey” became a surprise hit not only in Britain and the United States, but around the world. The upstairs-downstairs drama followed the exploits of the Crawley family and their butlers, ladies’ maids and footmen. One of the most watched programs in PBS history, the show drew viewers in with lavish costumes, scandalous love affairs and the dry wit of Maggie Smith’s Dowager Countess. Story lines probed the turbulent era between the two world wars in Britain, when the aristocracy lost power and social norms shifted dramatically. The last episode airs Sunday, March 6 on Masterpiece on PBS at 9p.m. ET. As the series comes to an end, we look back at the appeal of “Downton Abbey” and the history that inspired it.