Democrats Debate In Michigan: Where They Stand On The Latest Issues

Democrats Debate In Michigan: Where They Stand On The Latest Issues 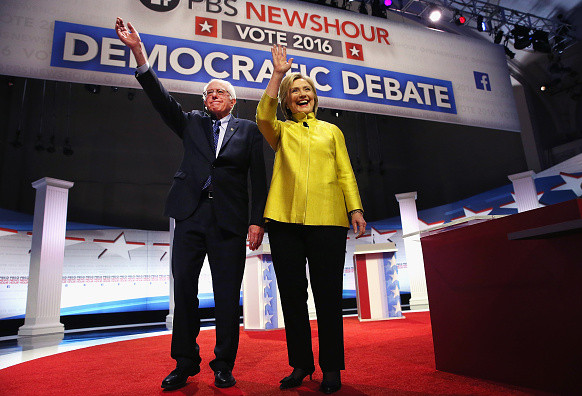 “It is raining lead in Flint!” Hillary Clinton said – and the governor needs to go, Bernie Sanders told the crowd. The Democratic candidates debated in Flint, Michigan, last night, each focusing on the crisis of lead-poisoned water in the city. But they worked hard to differentiate themselves on other issues. Bernie Sanders, who’s trailing Clinton in the delegate count, went after Clinton on issues like trade policy and Wall Street ties. She hit back with the auto industry bailout, pointing out that it saved jobs in Michigan and that Sanders opposed it. They found common ground in criticizing the GOP race, noting how their debate was calmer and more substantive than the noisy Republican confrontations. The Democratic candidates: on the issues, how their campaigns have brought them to this point, and what’s coming next.