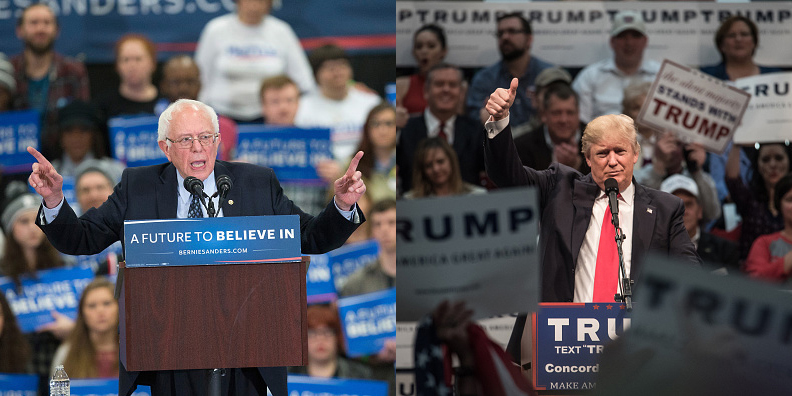 Presidential candidates Sen. Bernie Sanders (L) and Donald Trump have each made comments about U.S. trade policy during their campaigns. Getty Images

If there was one take-away from the outcome of the Michigan primary this week it was that trade policy, and the feeling among many that these agreements are costing Americans jobs, is driving voters to the polls and influencing their pick for president. Bernie Sanders and Donald Trump have made attacking deals like Nafta and the Trans-Pacific Partnership central campaign issues. In doing so, they are challenging their party’s thinking on the issue and forcing their opponents to shift their economic message. Guest host Tom Gjelten and his panel discuss why attacks on U.S. trade policies are resonating with voters.