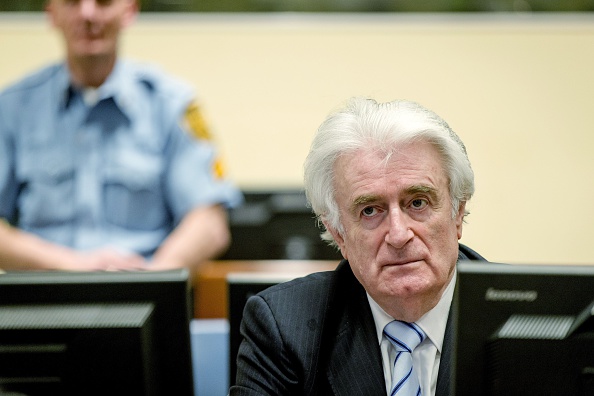 Bosnian Serb wartime leader Radovan Karadzic sits in the courtroom for the reading of his verdict at the International Criminal Tribunal for Former Yugoslavia (ICTY) in The Hague, on March 24. The former Bosnian-Serbs leader is indicted for genocide, crimes against humanity and war crimes. Robin van Lonkhuijsen/AFP/Getty Images

Belgium detains at least six people after the terror attacks in Brussels. Officials confirm 31 people, including two Americans, were killed in the attacks. The Belgian government acknowledges high level counter-terrorism failings. Secretary of State Kerry says the Islamic State is lashing out in Europe because its base in the Middle East is eroding. Syrian troops battle Islamic State militants in an effort to retake the ancient city of Palmyra. A UN tribunal convicts a former Bosnian Serb leader of genocide. And president Obama makes a historic trip to Cuba. A panel of journalists joins guest host Katherine Lanpher for analysis of the week’s top international news stories.