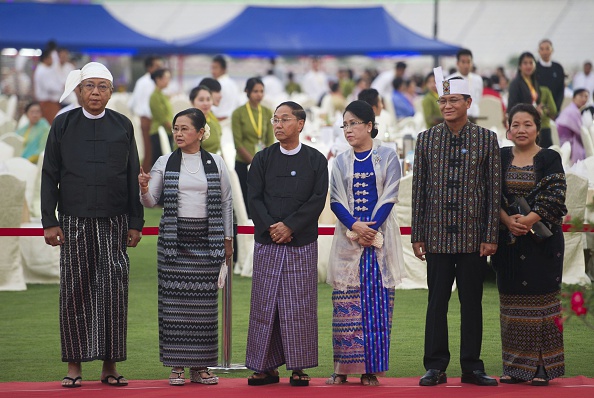 Myanmar's new president Htin Kyaw (L) and his wife Su Su Lwin (2L), with the first and second vice presidents and their wives, wait at the start of a dinner reception following a swearing-in ceremony in the capital Naypyidaw on March 30. Ye Aung Thu/AFP/Getty Images

President Obama hosts a nuclear security summit in Washington with world leaders from more than 50 nations. One goal is to strengthen ways to keep nuclear material out of the hands of terrorists. North Korea apparently fires another short-range missile into the sea – just after a meeting between President Obama and the presidents of South Korea and Japan. Pakistan makes hundreds of arrests in the Easter bombing at a park and playground that killed dozens. And in Myanmar, a new era begins as the nation swears in its first democratically elected president after more than half a century of military rule. A panel of journalists joins Diane for analysis of the week’s top international news stories.