The Cost Of Caring For Loved Ones With Alzheimer’s

The Cost Of Caring For Loved Ones With Alzheimer’s 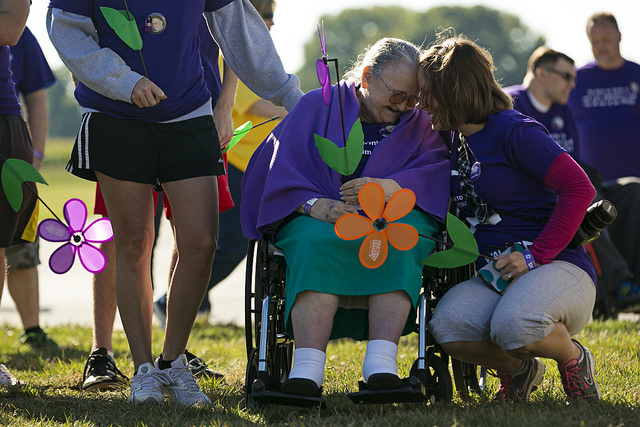 Families come together for the Springfield, Illinois Walk to End Alzheimer's in 2013. Alzheimer's Association - Greater Illinois/Flickr

An estimated 5.4 million Americans are living with Alzheimer’s. Caring for patients with Alzheimer’s and other forms of dementia is estimated to cost the nation as much as $215 billion. According to a new national survey, a third of family members and friends caring for a loved one with the disease reduced their work hours or quit. And 28% of caregivers eat less or go hungry. The report was released right before an Alzheimer’s conference that begins here in Washington today. Diane Rehm and a panel of guests discuss why Alzheimer’s is one of the most costly diseases for families and the nation.

"Will the Next Five Years Witness an Innovation Wave in Medicines for Alzheimer’s?"

Will the Next Five Years Witness an Innovation Wave in Medicines for Alzheimer’s?

UsAgainstAlzheimer’s: Growing Optimism that Promising Alzheimer’s Medicines Will Emerge During the Next Five Years

UsAgainstAlzheimer’s: Growing Optimism that Promising Alzheimer’s Medicines Will Emerge During the Next Fiv...