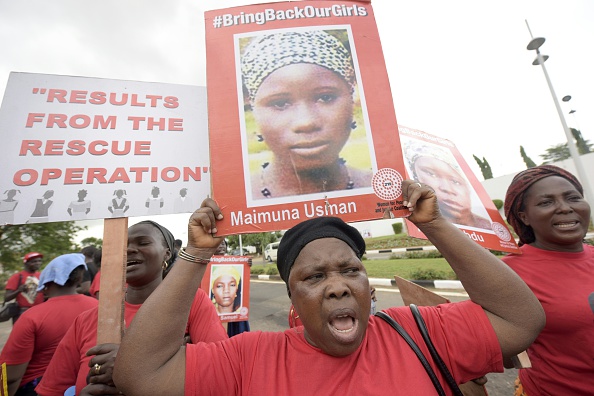 Members of Bring Back Our Girls movement carry placards with pictures to press for the release of the missing Chibok schoolgirls in Lagos, on April 14. Pius Utomi Ekpei/AFP/Getty Images

Syrian government forces clash with Islamist rebels near the city of Aleppo. The surge in violence comes as peace talks continue in Geneva, Switzerland. France says the partial cease fire is on the verge of collapse. At the Macedonia border, hundreds of migrants are tear-gassed as they try to leave Greece, where Pope Francis arrives for a visit tomorrow. In Brazil, the supreme court rejects President Dilma Roussef’s attempt to halt an impeachment process against her. And a new video shows some schoolgirls kidnapped by Boko Haram in Nigeria are still alive. A panel of journalists joins Diane for analysis of the week’s top international news stories.