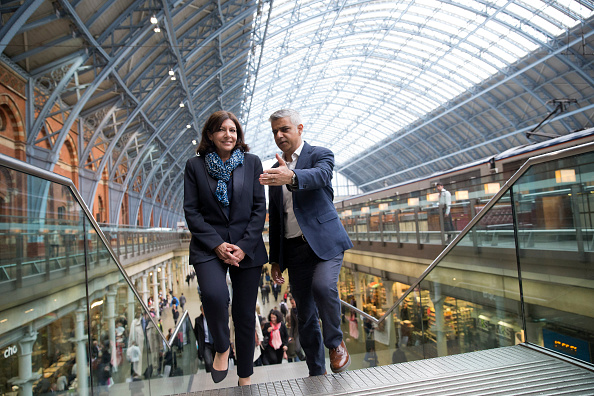 Mayor of London Sadiq Khan (R) speaks with Mayor of Paris Anne Hidalgo as they meet at St. Pancras Station in London on May 10. Justin Tallis/AFP/Getty Images

There’s a new interim president in Brazil after the Senate votes to begin an impeachment trial against their former leader Dilma Rousseff. Saudi Arabia’s king shakes up his cabinet as part of a new strategy to reduce the nation’s reliance on oil. ISIS takes responsibility for deadly attacks over two days in Iraq. A populist politician who is drawing comparisons to Donald Trump is elected president in the Philippines. And London’s new mayor says he’ll help Hillary Clinton win her bid for president.