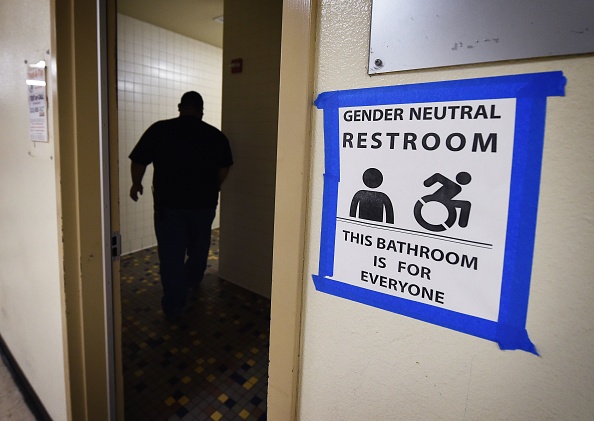 Signs are poseted outside the Santee High School's gender neutral restrooms at their campus in Los Angeles, California on May 4. Mark Ralston/AFP/Getty Images

President Obama told public schools they must permit transgender students to use the bathroom of their choice. Advocates for transgender students view the president’s directive as a civil rights victory. Many school principals say they’re pleased to have guidance on an issue they’ve grappled with for years, particularly at large urban high schools. But opponents sharply criticized the move. They see it as executive overreach and an infringement on the privacy rights of non-transgender students. Schools that refuse to comply face the possible loss of federal funds. Diane and her guest discuss the controversy over transgender rights at the nation’s public schools.

How To Support Trans Teens

Schuyler Bailar is the first transgender athlete to compete on any Division I NCAA team. In our conversation about gender and public school bathroom access, he and the Human Rights Campaign’s Sarah Warbelow talked about mental health and transgender teens.