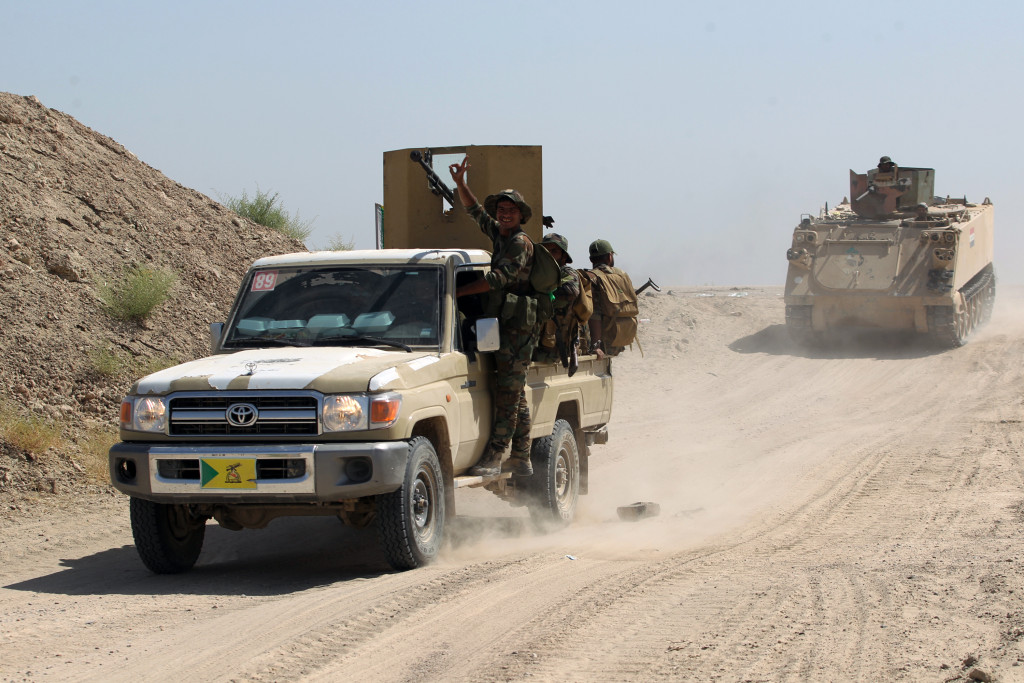 Iraqi government forces advance down a street June 2 in the Saqlawiyah area, north west of Fallujah, during an operation to regain control of the area from the Islamic State group. AHMAD AL-RUBAYE/AFP/Getty Images

The German parliament votes to label the world war one massacre of Armenians “genocide.” Turkey denounces the move and withdraws its ambassador. Iraqi forces halt their advance on Fallujah amid concerns for civilians trapped in the ISIS-held city. Hillary Clinton attacks Donald Trump in a foreign policy speech, calling his ideas “dangerously incoherent.” The U.N. cancels planned humanitarian air drops in Syria, citing concerns over security. Venezuelan officials delay a decision on allowing a recall vote for the country’s president. And a search team has detected signals from the black boxes of the crashed Egypt Air plane