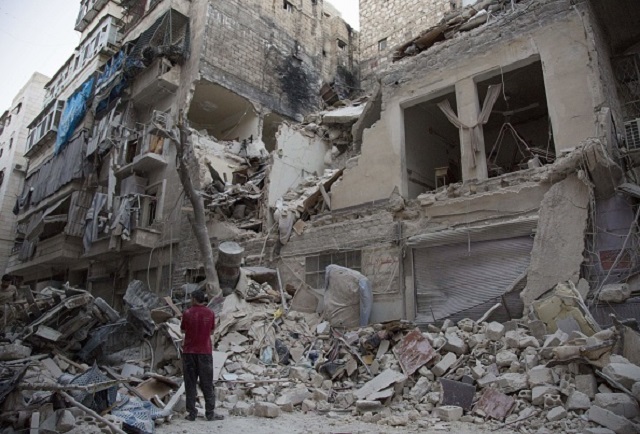 A Syrian man stands next to the debris outside a building hit by overnight shelling in Aleppo's rebel-held Qasr al-Bustan neighbourhood on June 9, 2016. KARAM AL-MASRI/AFP/Getty Images

Is the Obama administration preparing to expand the U.S. military role in Afghanistan? Reports point to new action against the Taliban. Residents of a besieged suburb of the Syrian capital Damascus receive food from aid organizations for the first time in years. Indian prime minister Narendra Modi visits the White House, pledging to try to ratify the Paris climate change accord this year. Thousands flee the fighting in Fallujah, Iraq, where ISIL is said to be gunning down those trying to escape. And an attack by the Taliban in Afghanistan kills an NPR photojournalist and an Afghan interpreter. A panel of journalists joins guest host David Gregory for analysis of the week’s top international news stories.