Islam, the Rise of Islamic State and the Future of the Middle East

Islam, the Rise of Islamic State and the Future of the Middle East 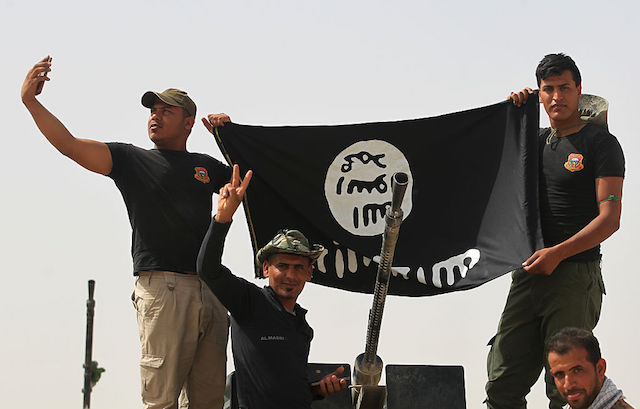 Shiite fighters from the Popular Mobilization units hold an Islamic State (IS) group upside down June 4 in the village of al-Azraqiyah as they advance towards a village north west of Fallujah during an operation to regain territory. AHMAD AL-RUBAYE/AFP/Getty Images

Earlier this year, the U.S. announced an intensification of the war on Islamic State with more air strikes and more American troops on the ground to assist allied forces. Now, U.S. and Iraqi forces are said to be on the verge of retaking Fallujah from ISIS. And in Libya, reports are that Islamic State may have lost all of its territory. But the group continues to make terror attacks on Western Europe, Turkey and the U.S. And their extremist ideology continues to draw young people to join, including some Americans. Guest host Nia-Malika Henderson and guests discuss the history of ISIS, the struggle over Islam and how both are shaping the future of the Middle East.