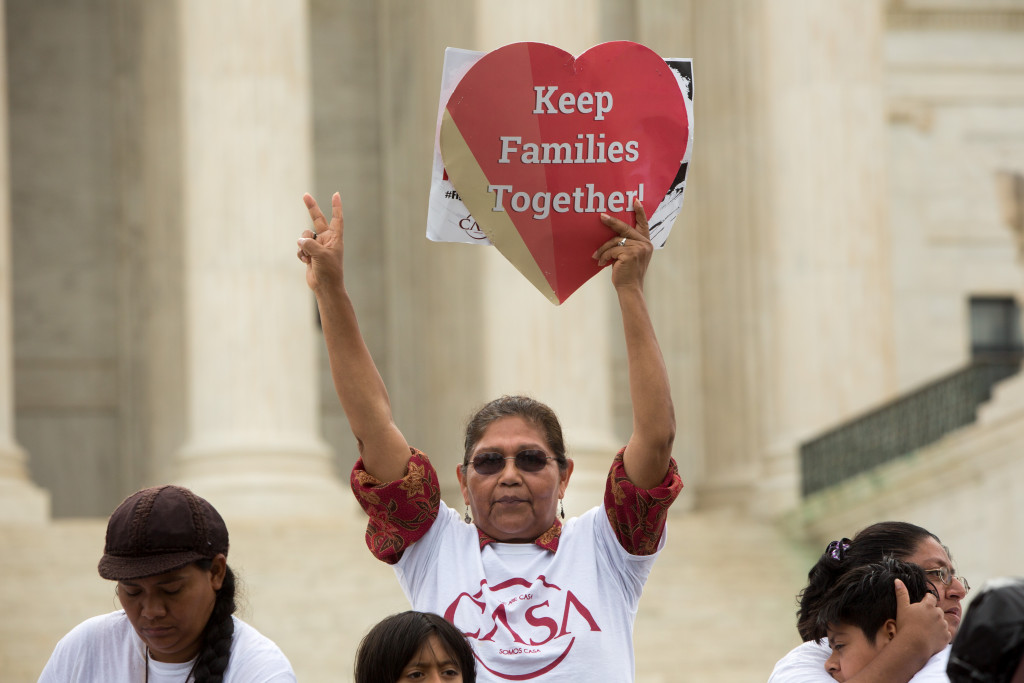 Antonia Surco, originally from Peru, holds a sign in front of the U.S. Supreme Court on a day where two important decisions on immigration and affirmative action were handed down by the court, on June 23 in Washington, DC. The court was divided 4-4, leaving in place an appeals court ruling blocking Obama's immigration plan, which would have protected millions of immigrants from deportation. Allison Shelley/Getty Images

U.S. investors are bracing for what’s likely to be a volatile day in markets around the world after the stunning British vote to leave the European Union. Donald Trump, opening a new golf course in Scotland, says he sees parallels with America’s presidential election. The Supreme Court delivers a major disappointment to President Obama with a 4-4 decision that blocks his attempts to shield millions of illegal immigrants from deportation, and congressional Democrats, led by civil-rights icon Representative John Lewis, stage a 24-hour sit-in in a failed effort to force a vote on new gun control measures. Join us to discuss these and other top national news stories of the week.

A Note About Today's Roundup

There will be no video of today’s news roundup. It will be back next week.