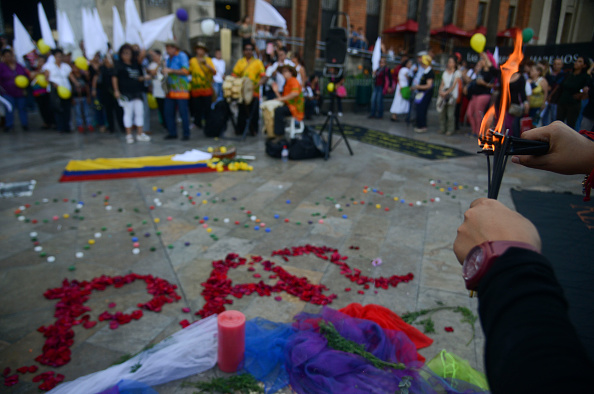 Colombians celebrate at Botero square in Medellin, Antioquia department, after the signing of the ceasefire between the Government and the FARC guerrillas in Havana, on June 23. Raul Arboleda/AFP/Getty Images

Turkish authorities work to identify the three suicide bombers who killed 44 people and wounded hundreds in an attack at the Istanbul airport Tuesday. Fallout from “Brexit” continues, as EU leaders meet without Britain for the first time in decades. In an unexpected move, Boris Johnson announces he will not run for prime minister of Britain. Iraqi forces retake the city of Fallujah from the Islamic state, now turning their attention toward key targets near Mosul. And the Colombian government begins the process of demobilizing FARC guerrillas after a historic peace deal. A panel of journalists joins Diane for analysis of the week’s top international news stories.