Political Leadership In A Time Of Deep National Divisions

Political Leadership In A Time Of Deep National Divisions 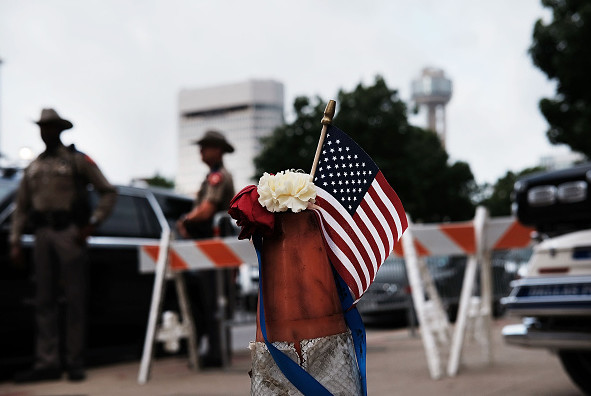 An American flag sits by the scene of Thursday evening's shooting in downtown Dallas on July 11. Spencer Platt/Getty Images

President Barack Obama leads an interfaith service in Dallas today and meets with the families of police officers shot and killed last week. Earlier in the week, two black men were shot by police in Minnesota and Louisiana, sparking protests in many cities across the country. At a meeting with law enforcement leaders July 11 at the White House, the president said he considered the killing of the police officers a hate crime and spoke of the need to support law enforcement and, at the same time, to acknowledge concerns about racial bias. The presumptive presidential candidates have weighed in as well. Join us to talk about political leadership in a polarized debate.