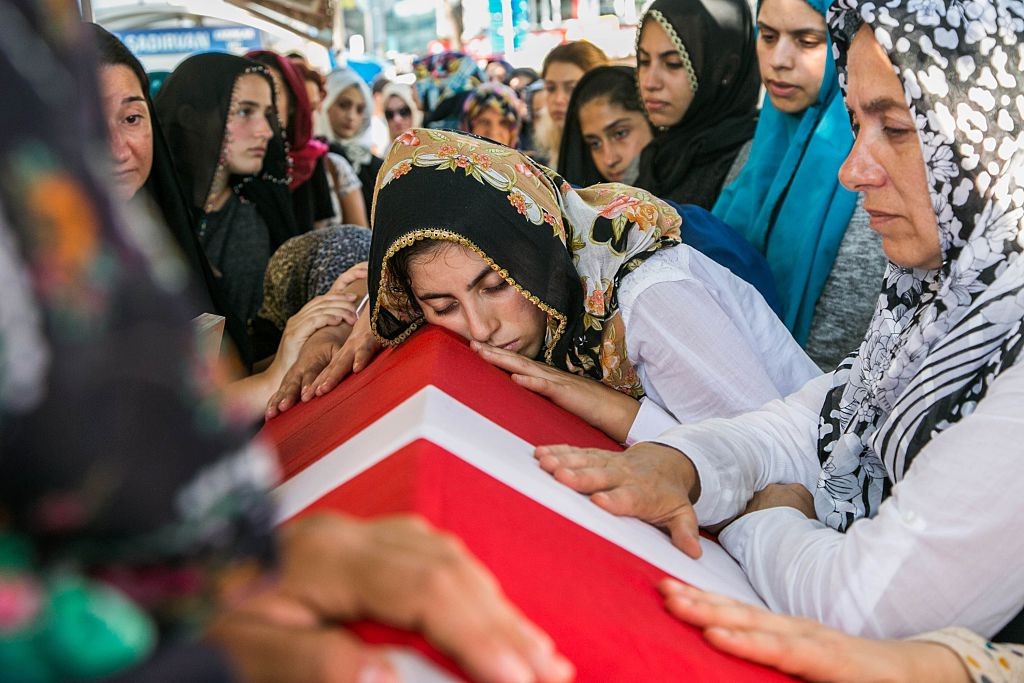 A woman lays her head on the coffin of a victim of the failed July 15 coup attempt during his funeral in Istanbul on July 17, 2016. GURCAN OZTURK/AFP/Getty Images

It’s been a bloody few weeks in the U.S.—and across the globe. France is once again grieving after 84 people were killed when an attacker plowed a truck through a crowd of revelers in Nice. Then just hours later, news out of Turkey: a coup attempt, which ultimately failed—but not before more than 250 people lost their lives. We look at what happened in both places and what the events mean for U.S. security.