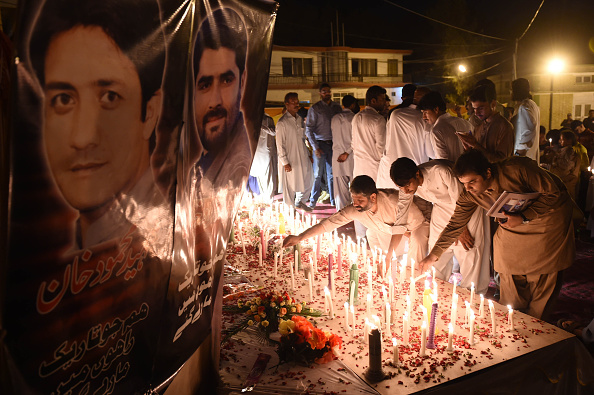 Pakistani journalists and civil society activists place candles during a vigil to pay tribute to victims of an August 8 suicide bombing at the Civil Hospital in Quetta on August 10. Banaras Khan/AFP/Getty Images

A top UN diplomat says the alleged use of chlorine gas against civilians in Syria should be investigated as a war crime. Tensions rise between Russia and Ukraine over Crimea. Fifty Republican national security experts sign an open letter declaring Donald Trump puts the U.S. at risk. In Australia, leaked documents offer new details on alleged abuses of asylum seekers housed on the remote Pacific island of Nauru. Japanese Emperor Akihito indicates he wants to abdicate because of health issues. And the geopolitics of the Rio Olympics. A panel of journalists joins guest host Susan Page for analysis of the week’s top international news stories.