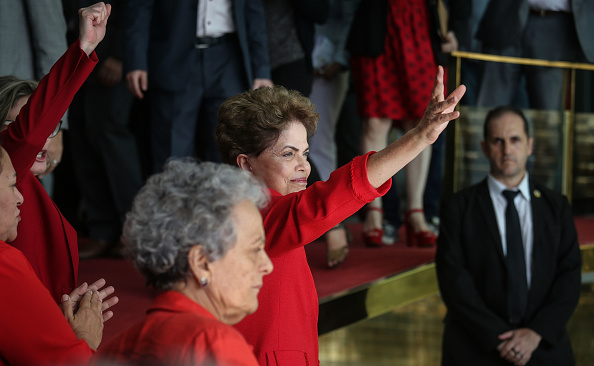 Donald Trump meets with the Mexican president. Mexicans protest, calling it a “historic error.” Brazil’s president is impeached and a new president is sworn in. The FBI says Russian hackers targeted U.S. election systems. A senior Islamic State strategist is reportedly killed in Syria in a drone strike. Both the U.S. and Russia claim credit for his death. The Turkish military and Syrian rebels fight in Kurdish territory in Syria. And the EU demands Apple pay Ireland up to 13 billion euros in back taxes. A panel of journalists joins guest host Frank Sesno for analysis of the week’s top international news stories.