Middle-class Income Is Up And The Poverty Rate Is Down: Implications For American Families And Economic Policy

Middle-class Income Is Up And The Poverty Rate Is Down: Implications For American Families And Economic Policy 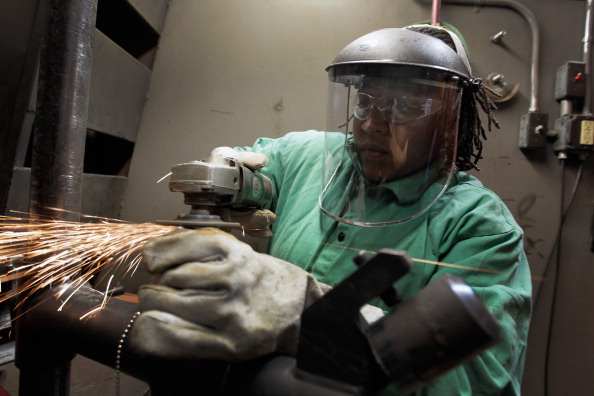 Caundra Ballard uses a grinder to prepare pipes for a weld as she continues her education as a pipefitter at the Air Conditioning, Refrigeration and Pipefitting Education Center in Opa Locka, Florida. Photo by Joe Raedle/Getty Images

U.S. household incomes soared last year. The gains were the largest in decades and were felt across racial and ethnic groups, and by women as well as men. The official poverty rate fell more sharply than it has since 1968. Most economists and labor experts welcomed the news – contained in a Census Bureau report released yesterday. But many stressed that income growth has been too slow. And there are still far too many Americans living in poverty – more than 43 million. Guest host A Martinez talks with a panel of experts about what the new data mean for American families and economic policy prescriptions.