The Battle For Aleppo, Russia’s Strategy In Syria And Debate Over The U.S. Response

The Battle For Aleppo, Russia’s Strategy In Syria And Debate Over The U.S. Response 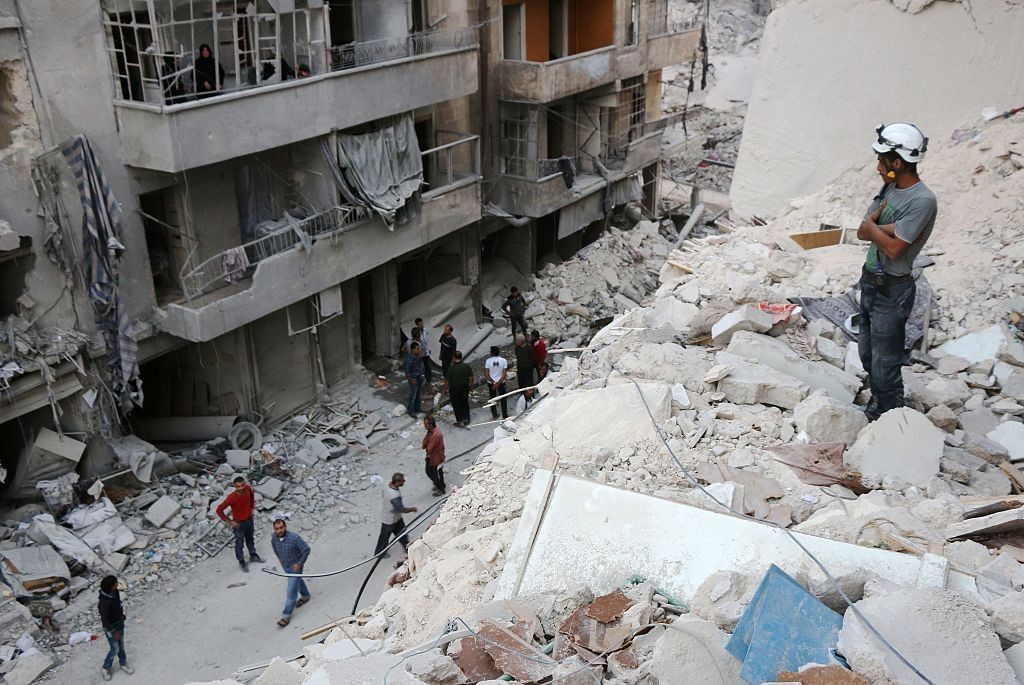 A Syrian civil defense volunteer stands on the rubble of destroyed buildings during a rescue operation following a government forces air strike on the rebel-held neighbourhood of Bustan al-Basha in the northern city of Aleppo, on October 4, 2016. HAER MOHAMMED/AFP/Getty Images

The Syrian civil war has lasted five years and claimed more than 400,000 lives. Since Russia entered the conflict a year ago, more than 3,000 civilians have been killed. Last week, a bombing of Aleppo by Syrian government forces killed hundreds, including more than 100 children. On Monday, Secretary of State Kerry ended peace talks following the Aleppo attack. In Tuesday night’s vice presidential debate, Governor Mike Pence called for a tougher approach to Russia and for the establishment of “safe zones” inside Syria. And Hillary Clinton has called for a no-fly zone. Guest host Tom Gjelten and guests debate what to do about Russia’s escalation in Syria and the humanitarian crisis there.