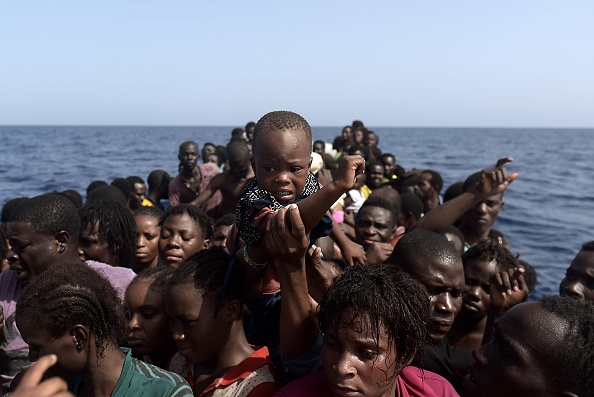 Migrants wait to be rescued by members of Proactiva Open Arms NGO in the Mediterranean Sea, some 12 nautical miles north of Libya. ARIS MESSINIS/AFP/Getty Images

Russia warns the U.S. against military intervention in Syria and the Syrian regime gains control of a key area of the long-besieged city of Aleppo. More than 11,000 migrants – many from North Africa – are rescued this week trying to cross the Mediterranean into Europe. Dozens don’t make it. The president of Colombia wins the Nobel Peace Prize, but Colombian officials grapple with how to further a peace deal with rebels after voters rejected it. The president of the Philippines says President Obama should “go to hell.” Hurricane Matthew kills as many as 300 people in Haiti. And the UN selects a new secretary general.